Monday, February 1, 2010
Daddy blew up a giant punch balloon for the kids and when it was Joey's turn we went a little wild. I was in the kitchen when I heard the crash and came to investigate. Don Quixote (pronouced Don-key Ho-tay...I think) had been knocked off the TV and plugged his spear into the coffee table glass top, in an atempt to shatter it....and succeeded.
The Perpetrator 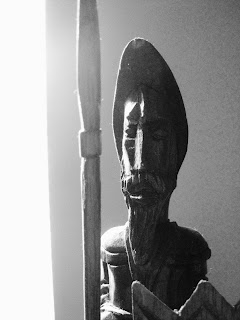 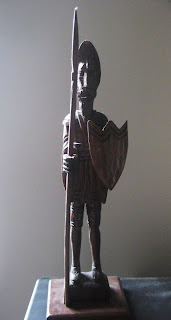 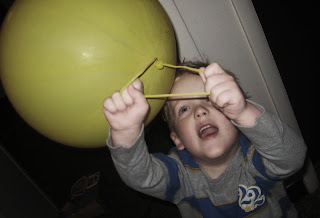 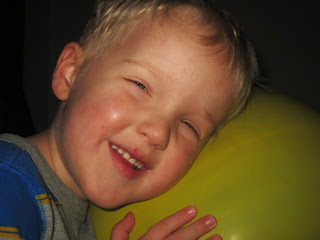 I have decided instead of replacing the top again with glass (don't think so), I will do a wood top and cover with pretty paper to make it look tiled. Going to be awesome....as soon as I can get a cut of wood to fit. 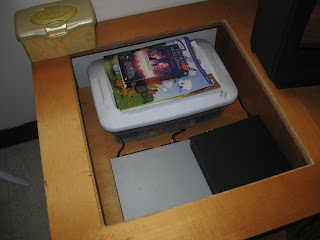 Tuesday, February 2, 2010
I sent the kids to play in their room while I got some things done downstairs. A while later I heard some banging, but no crying so I let it slide, but it continued on. Decided to go check it out....here is what I found. 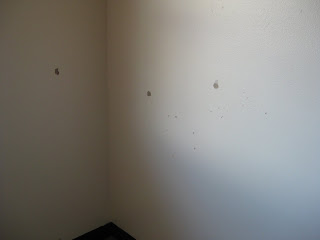 Many dents...and the tears are where hooks used to be to hang up their fish bags. No longer. Going to have to do some retexturing and painting I believe. 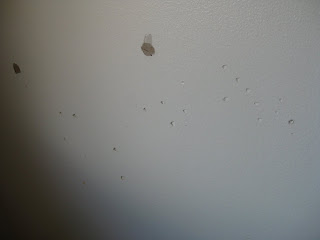 Unknown where discovered or purpose (aside from banging walls) object 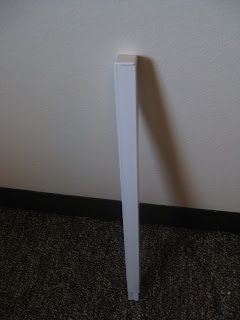 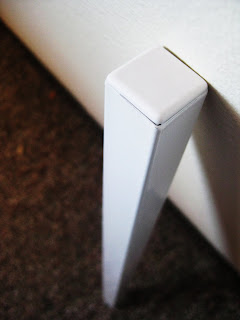 Wednesday, February 3.....The Last Straw
It must have been a full moon last night, because it has been quite the morning. In a two hour period, between the hours of 10 and 12 much happened.
In the moments I was cleaning up from breakfast, Joey and Lydia went upstairs, got out the Vicks and proceeded to cover themselves in it....Lydia also decided to give it a good taste. So, into the bathtub they went. I left the room to clean up the Vicks and came back in to find they had put the floor towel and 2 books in with them in the tub....also the tub was half empty because the water was covering the floor. AHHH!
Got them out of the tub and dressed and stuck them in their room which was still stinky from changing diapers earlier and little children, so I opened the blinds and cracked the window, and left the room shutting the door behind me. Came back a few minutes later and both children were standing on the toy box they had moved over to the window. They had knocked out the screen and were chucking everything outside. Lydia was crying because her blanket had been tossed out as well, while Joey was working feverishly on getting the mattresses off the beds. I can only guess what would have happened in a couple more minutes.
Right about that time, Daddy got home from work, finding me red faced and trying to hold on to whatever patience and calmness I had left.
The Empty Room 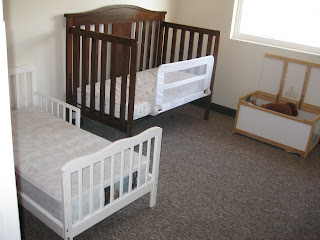 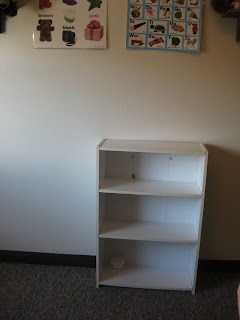 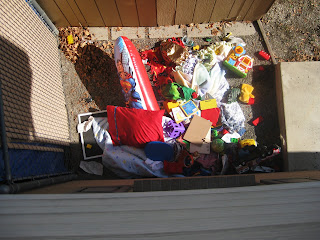 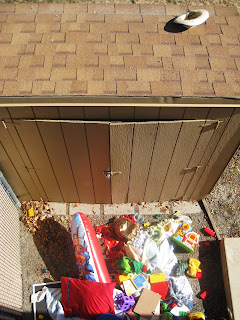 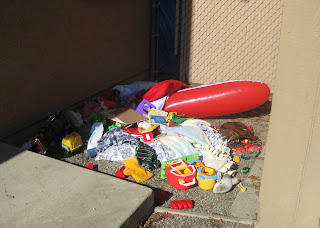 The kids of course had to help clean up their little adventure and Daddy was able to maneuver the screen back in for the most part....we will need a tall ladder or something to complete the process from the outside, but it looks good enough. We had lots of discussion with both Joey and Lydia and now make sure the window is shut and locked before leaving them to themselves.
It is a beautiful thing to say.....we haven't had so much destructive behavior since. Seems like they got it all out of their systems. Good thing.
Posted by Emmalie (or fondly Emma) at 8:05 AM

OH,MY GOSH!!!!! I think its only funny because it wasnt my child doing it!!! you're such a patient mommy!! Oh, things to look forward to!!!
Hang in there!! Luvs!!

WOW! What a "Mommy-day"!!!! You definitely are a patient mommy!

When it rains it pores eh? That's how days seem to flow. I'm just so proud of those two keeping you on your toes:)

*Our thoughts are the switchboard, the control panel governing our actions. –Elder Boyd K. Packer

*I am today what yesterday made me. Tomorrow I will be changed by today’s activity.

*On the road of life, there are many tempting parking spaces.

*Wouldn’t it be nice if we looked at people and jelly beans and liked them all? And didn’t just pick out the pretty or smart people or the red or black jelly beans, but loved them all for what they are!